Another bit of old TSR art

So, another odd item that turned up in my sort-out is what I think must be the prototype cover for some DRAGONLANCE product (the figure on the left has a Goodmoon-ish look about her). Friend Jeff (a member of the original DL team) suggests it might have been intended for one of the books in the later short-lived 'Murder' line (MURDER IN CORMYR, MURDER IN TARSIS, &c), in which case it cd probably be found in one of the TSR catalogues of the era (circa 1996).

It's just a print-out on glossy paper, unsigned, but it's definitely an Elmore, so I thought fans of his work wd like to see what I presume is a lesser-known example. 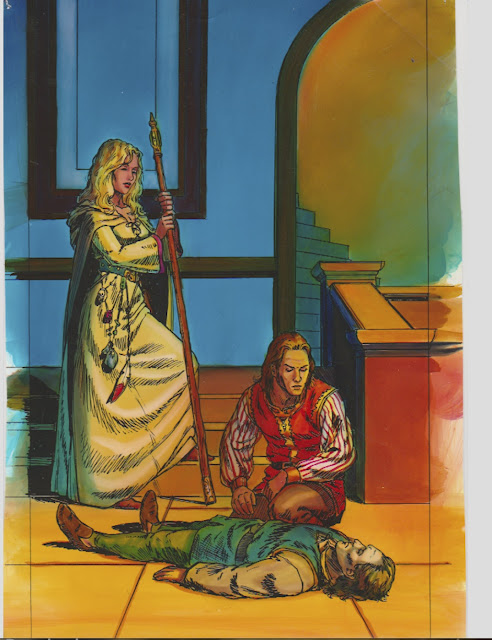