Dunsany on taking down statues

So, the current fervor rising out of the events in Charlottesville remind me of a passage in one of Lord Dunsany's plays, IF (1922) -- a sort of MAN WHO WOULD BE KING story about the wild adventures that wd have befallen one man had a small event in his life played out differently.* To cut a long story short, instead of a respectable London businessman he winds up ruler of a small central-asian land, where he tries to impose British values on its v. non-British people, who much preferred their old ways.

In the scene I'm thinking of, our hero is busy doing  paperwork, interrupted from time to time as his most trusted servant brings in idols a few at a time. The Englishman examines each, proclaiming some good gods who can be restored to their temples and condemning the others as bad gods who must be destroyed.  When someone asks him his criteria for why some gods are permitted to remain while others are thrown into the river, he explains that the ones with rusty stains around their mouths are the ones fed human blood in ceremonial sacrifice: hence he purges all of these. At one point, however, he notices that his loyal servant seems uneasy about what they're doing. The servant explains in a quick little exchange that's stayed in my memory all these years:

John: But they are bad gods, Daoud

Daoud: I am sad when the bad gods go

*(whether he did or didn't take a particular train on the Underground one specific day)
Posted by John D. Rateliff at 11:09 AM No comments:

So, posts have been on the sparse side here the past few weeks, not because I didn't have anything to say but because I'm on deadline. Things shd clear up for me around the end of the month. Till then, I'll post when I can, because there's only so many hours a day I can work on one thing without overload.

And while I'm at it, apologies to those who sent in comments and didn't see them posted. Looks like they're once again going to a side mailbox I check  on an irregular basis, when they shd be going direct to my email. I've just put up the comments that had stacked up, belatedly. For the future I'll just work it into my daily routine to check that Comments mailbox so Comments can go up right away. Sorry about that.

--John R.
current reading: THE BLACK GONDOLIER by Fritz Leiber (half of a two-volume set of his collected horror stories) and a coffee-table book on the Easter 1916 Irish Uprising (picked up at the Marquette bookstore last year but not read till now because it's so unwieldy.
Posted by John D. Rateliff at 7:06 PM No comments:

After missing three weeks, I was able to get back in today and walk four out of five cats.

I started out with newcomer PUTT-PUTT, since it sounds from all accounts as if the other cats have been giving him a hard time. He took to it amazingly well, and was brave and curious, exploring all round. Anytime he saw people, he made his way directly over to them and rubbed their legs and asked for some petting. He made a lot of friends out there. His favorite bits, I’d say, were the cricket (who I’m glad to say got away), the catnip toys (which he found on the shelf and wanted to take home with him), and all the attention. He watches dogs carefully but isn’t particularly afraid of them. What a great cat.
AVRY was next, since she loves walking but sometime refuses to come out of her cage if the other cats go out first (I think it’s a pecking order thing). Even though she wasn’t quite first in line, I’m not sure she noticed, being up high on a top ledge the whole time Putt-Putt was out of his cage. As usual she poked about, rubbing her chin on everything (to mark it as her territory, I assume). She did her usual dance in and out among the little stools over in the training room.
TRIS I didn’t walk but instead put atop the bins, where she happily sprawled, perfectly willing to play any string game or game with the laser pointer I cd offer. She also thought a whiff of catnip was quite nice.
CHESTER came next, since it was clear from reports that he’s been going a bit stir-crazy since his un-adoption and return. To my surprise, he had less confidence than the last time (four weeks ago, but still). He wanted to hang out near the cat-room, lying down and welcoming attention but not wanting to move about much. A lot of people did come up and pet him.
Our other new cat (new to me anyway), OBI, may have been asking to go out on previous shifts, but he had second thoughts once actually out there. He got spooked by store racket (bad luck there) and climbed up to perch on my shoulders. Each time I got him down, he went right back up again, so I wound up cutting his walk short. While we were waiting for an employee to bring a key he lay down in front of the room, where he welcomed petting from three little girls (the oldest of whom was seven).
What Obi really liked best was the box with catnip in the bottom, which he and Chester circled round and round towards the end of my shift. They wd willingly have spent more time with it, but after staying an extra half-hour I had to wrap things up. I’ll try to remember to bring it back in next week, with some fresh catnip.
No health issues, but Putt-Putt did discover the fake grass over near the aquariums and had to be disuaded from nibbling them; he (and some of the others as well) might enjoy some real cat-grass.

—JDR.
UPDATE 8/17: Got the great news that OBI was adopted on THursday and is now in his new home. Chester will miss his little buddy but it'll be great for Obi to have a family of his own.

Posted by John D. Rateliff at 2:14 PM No comments:

So, I've now finished the new Clark Ashton Smith collection from Centipede Press, CHRONICLES OF AVEROIGNE, assembled and edited by Ron Hilger. I'd gotten this about a month ago but hadn't plunged in right away, having been somewhat put off by the art, which didn't do much for me, and editorial comments that made this seem a Lin Carter love-fest.

Now that I've read this all the way through, I found that the excellence of the stories drew me in. And while expensive I have to say it is a real pleasure to hold in the hand a well-bound book, with good quality paper and a cover ("boards"), esp when I took off the dust jacket and only put it back on when I was finished.

I'm glad to finally get all the Averoigne stories together in one volume (which will partially replace the photocopy assemblage I made for myself years ago that's had to serve till now).  Not only are these particular favorites of mine but, as I've said elsewhere, I think this the best story-cycle by Smith, the most brilliant of the WEIRD TALES school; the man who cd out-Lovecraft Lovecraft.*

That said, there were things I found off-putting about this collection.

First off, the first story in the book isn't an Averoigne tale at all but a Poe pastiche different in setting, period, and tone. For me it really set the wrong note.

Second, each story is preceded and followed by a Smith poem.** I'm still undecided about the merits of Smith's poems (let's say the jury is out on that one for now). In this case, while I see the effect they were aiming for, I think these interlinear pieces fail to achieve it. I'd have preferred that they instead inserted in their appropriate places the outlines Smith left behind for three more ultimately unwritten stories in the cycle, as 'legends of Averoigne' or some similar framework. For one thing, this wd have given them a better volume-opener ("The Oracle of Sadoqua",  a tale involving Smith's own Great Old One, Tsthuggua), set in Roman times, than "The Maker of Gargoyles" (chronologically the earliest story in the series).

I'm also puzzled why the editorial material, particularly the Afterword, make so much of Lin Carter, whom they honor as the person who thought of this collection years ago. That's true enough, though to my mind he's the person who had the chance to published this collection back in the early seventies and blew it. The Afterword also devotes much space to arguing that this collection is the closest thing we'll ever get to a Clark Ashton Smith novel (to which I say: not very).

Still: it's good to have this collection at last. I'm still grateful to Tom Moldvay's work for first introducing me to Smith's Averoigne stories. And I'm still v. much looking forward to the book of Smith's art (drawings, paintings, sculpture) that shd be out sooner rather than later, also from Centipede Press


*I've given my own opinion of Smith's Averoigne tales elsewhere (in my CLASSICS OF FANTASY piece on said stories),  so here'll I'll just note a few things about this specific collection.


**except the last poem, which is by Lovecraft and about CAS and Averoigne.

***which included having been shot in the head. 1916 was a really bad year for Lord D. 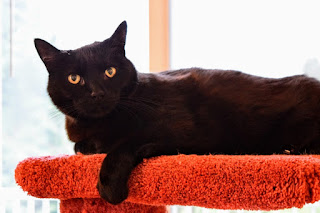