The Return of The Cat Report

So, yesterday the cat-room at the Renton PetsMart opened again, after months of being shut down due to the Corona virus. And today was my first day back, socializing and walking cats. Here's the report I sent out to my fellow volunteers (these help us track cat behavior over days and weeks). 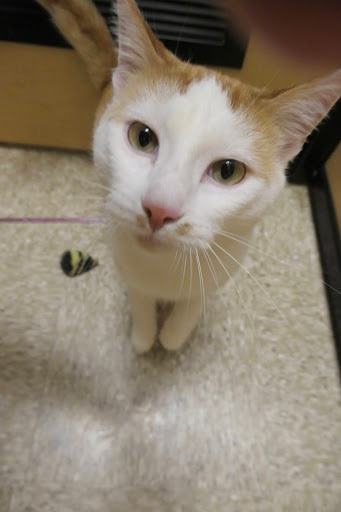 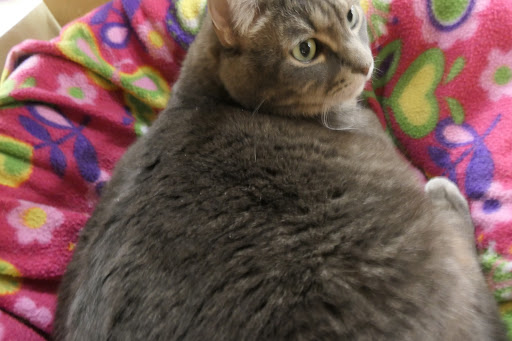 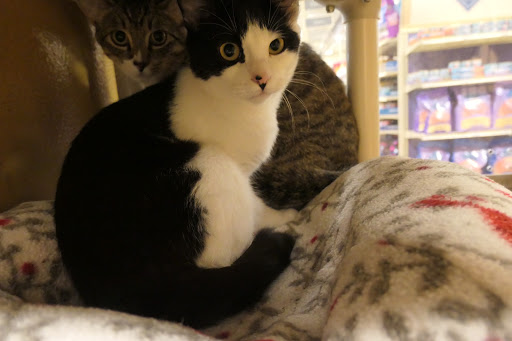 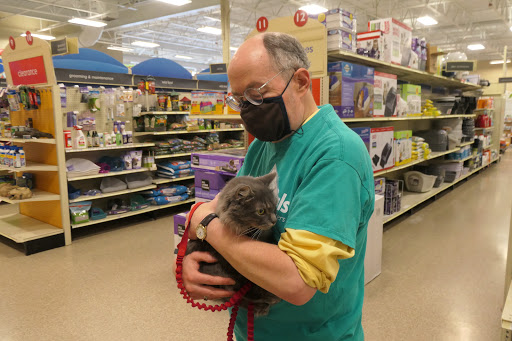 It felt strange, but in a good way, to be back in the cat room today, after so many months away (was it March that things were shut down?). 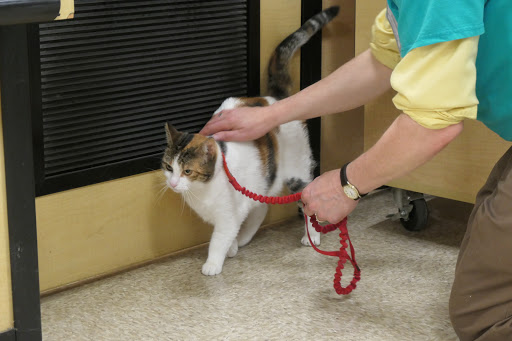 We had a full house: seven cats in five cages: TOM TOM, bonded pair ROMEO & JULIETTE, LULU Grey, Calico ELLIE, and the half-grown kittens bonded pair MIGHTY MO & CLEO.
Tom Tom came out at once, eager for attention. A v. friendly and affectionate fellow, mostly white with orange. He has a noticible limp in one of his front legs but doesn’t seem to be in pain. I’d guess this is an old injury that he learned to get around by not putting much weight on that leg, which meant he continued to limp even after it was healed. He went out for a good walk and picked up the rules right away. He’s friendly and affectionate and trusting to boot, going right up to people. He loves being petted, enjoys a good game, and is tolerant of the other cats. Basically just a great cat who loves people. I'm not all surprised to learn that he already has a potential adopter; hope all goes smoothly for him tomorrow.
The bonded pair Romeo & Juliette, greyish tabbyish, at eleven are our oldest cats. She’s shy and stayed in all shift but was pleased to get some in-cage attention (petting). And she likes catnip spray. Her brother came out and like TomTom stayed out all shift. Romeo loves games and being petted and is also tolerant of other cats. He went out for a walk and did well as well. Watching him out on his walk I realized that he was once a much heavier cat: from behind you can see his loose tummy-fur sway from side to side as he walks.
Ellie is a white calico, young (two years old) and energetic. She likes to sit on the cardboard scratching box, loves being petted, and enjoys games. She prefers that the other cats keep their distance. She had a short walk and did pretty well. Ellie groomed me repeatedly, esp. the hands, which apparently were not up to her standard.
Lady Lulu Grey is also young (two) with beautiful long grey fur. I gave her a wet paper towel bath which she showed every sign of enjoying. She’s no fan of other cats but had a good deal of contact with them, since when she came out of her cage she visited all the other cages . She had a short walk, through which she had to put up with a lot of dog noise from over near Banfield.
I was expecting the kittens Mighty Mo and Cleo (brown tabby and black-and-white, respectfully) to be out and about and into everything, but they stayed in their cube all shift. When I reached in to pet them they froze up and retreated to the other half of their residence as soon as they cd. Not until towards the end of my shift did they begin to melt. What won them over was the feather duster, which they recognized as legitimate prey and dragged from spot to spot. At the very end Cleo let me pet her and they (both I think) purred. Think they’ll be much more approachable once they get over the unease of being in an unfamiliar place.
So it was three cats in and four cats out — not too bad for having been in the Renton cat room such a short time.
Lots of people passing by stopped to admire the cats. A few had questions about the cat adoption procedure so I gave them the flyer and encouraged them to go to get more information at the website.
And that’s about it for this first time back.
—John R.
P.S.: Today marks the longest I've worn a mask since the whole mask-up and socially-distant thing went into effect.
Posted by John D. Rateliff at 6:48 PM