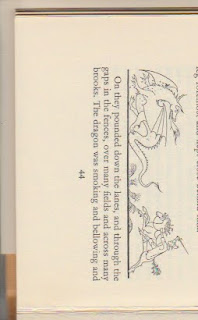 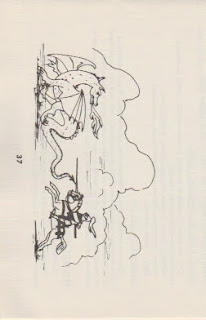 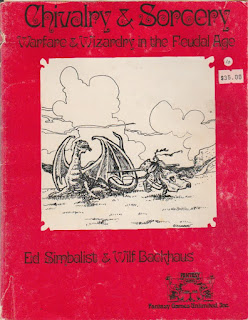 Checking my copy of "D&D Art & Arcana: A Visual History" (2018) by Witwer, Newman, Peterson & Witwer, I do see a comparison of these two images on page 14. The Chainmail image is by Don Lowry, owner of Guidon Games, who also "swiped" art (by Jack Coggins) for the cover of Chainmail. This second comparison is also in the book, and was written about earlier on Peterson's blog.

It puzzles me, looking at these tracings in early D&D and other game books. This appears to be pretty straightforward plagiarism to me, and I don't use the word often or loosely.

It seems that the only "defense" here is that the culprits are gaming legends and this occurred in the earliest days of the hobby.

But when I consider current rabid claims of plagiarism (for example, Moorcock fans erroneously claiming the Witcher is a plagiarized version of Elric) it feels off to see articles which just dismiss this tracing, which appears to be pretty straight forward.

Maybe i just am exposing my relative lack of knowledge regarding drawings and how they are produced.