Feeding the Turtles and Riding the Rails

So, Saturday we had a busy day. First we went to the Japanese Garden down in the Seattle Arboretum -- both to stroll around and enjoy the view and to feed the turtles. Most people like to feed the koi, which are indeed impressive, but I like the turtles and throw a little of the koi kibble in one direction to distract the fish (and duck) and some in the other direction where the turtle(s) are lurking hopefully. Between turtles in the water, turtles sunning themselves on the rocks, and one on the shore that allowed us to come surprisingly near, I got a pretty good turtle fix. This was all the more welcome since we like to visit here at least once a year yet it's been a while since we made it. So, a good day.

Which got better when we had folks over Saturday night to play CALL OF CTHULHU, continuing the WALKER IN THE WASTE campaign. Suffice it to say sanity was lost and hit points too but all members of the group survived to Investigate another day.

And then for a late night indulgence, we stayed up late (v. late) to watch the debut of the new DOCTOR WHO with the twelfth* doctor played by Peter Capaldi. My initial impression: they've got a good doctor and a good companion (Clara) but the script needs work. Hope they work on that end. In the meantime, I've gone back to where I left off watching the show (near the end of season six) and in bits and pieces am making my way through Matt Smith's final season (which I observe suffers from the same haphazardness of scripting, although Smith's doctor finally began to grow on me somewhere about the mid point of his second season).

And if it weren't enough, we decided to make the weekend not just eventful but memorable and drove down to Elbe (near Mt. Rainer) on Sunday to ride on the Mt. Rainier Scenic Railroad, four passenger cars pulled by an old steam locomotive for an hour's ride from the little town of Elbe (which has a church with an observation window for tourists to peer in) to a half hour's layover in the former logging town of Mineral, and then back again. We'd been in the rear of the last carriage going, but the locomotive repositioned itself during the layover so that we wound up being near the front of the first carriage -- and so well-positioned to walk up and watch the steam engine from maybe about ten feet away (I noticed little coal or oil drops on my shirt afterwards).


Back when I was growing up, when we used to go visit my grandmother, on the drive over from Magnolia to Laneburg we'd pass a sign for the Reader Railroad, an old steam train that took passengers on a local run. I always wanted to give it a try, but we never did. So this feels like a very old itch that finally got scratched.

So, a good break from the routine, visit a favorite place we'd not seen in a while, get together with friends, see the newest version of what was once a favorite show, go somewhere new and do something new there.  All in all, a most enjoyable weekend. 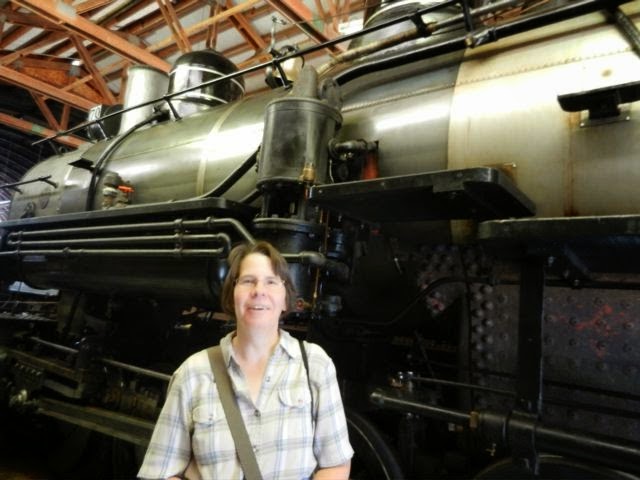 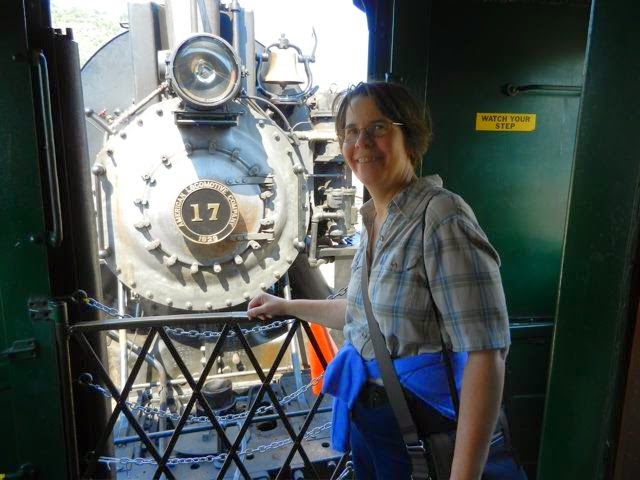 *that is, twelfth according to the new numbering.


P.S.: For those who might be interested in giving it a go themselves, the site for information about the Japanese Garden is

and for the steam train is www.mrsr.com
Posted by John D. Rateliff at 8:56 PM