Greece Gets a Foot 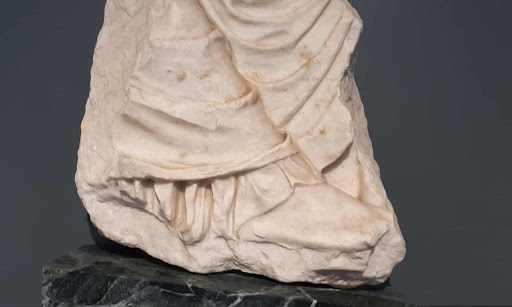 So, the Greeks have just taken a small but significant step towards their longtime goal of regaining the Elgin Marbles. While the British have stood firm on their refusal to return the pieces of the Parthenon they made off with more than two hundred years ago, the Sicilians have stepped up and are willing to loan, probably on a permanent basis, what little they have from the site: a single foot from the statue of a goddess (possibly Artemis).

I was reminded of another foot, this one from Haggard's SHE, which at one point lovingly describes a beautiful woman's foot, the only part of her mummy to have survived.

And then of course there's Dunsany, who wrote so eloquently of loss in so many of his tales, who first describes a Nebuchadnezzer-like city of long ago, then ends his little tale

And only the other day

I found a stone that had undoubtedly

been a part of Zaccarath,

it was three inches long and an inch broad;

I saw the edge of it uncovered by the sand.

I believe that only three other pieces

It reminds me of the story “The Mummy’s Foot” by Théophile Gautier: