Vaughn is my Hero!

So, the Friday night of Kalamazoo I was upset to find that sometime during that day I'd lost my lucky coin.

To appreciate the magnitude of that disaster, you'd have to know that it was bought for me by my father, back when we were living in Little Rock, when I was in second grade (about seven), from a coin shop on University Avenue. And that I've carried it with me most days since, serving as a worrystone. It's one of the few things I have from my father, and the only one I carry around with me on a daily basis.  I lost it once for about a year and a half, back when I was in high school, only to have it turn up in the end having worked its way down inside some furniture (in the way that coins have a way of doing), during which time I found a replacement, but it was never quite the same.

It's gotten misplaced for a day or two from time to time. But losing it this time, in the middle of a conference in another state and only noticing it at the end of a long day with much back-and-forthing between presentations in different buildings, the odds of finding it again seemed slim.

Which is why I was more than surprised, almost stunned, when my friend Vaughn plopped it down next to me the next morning with a certain panache. I'd gone out to dinner with Verlyn and Vaughn and several other Tolk folk  the night before, and since a bunch of us had crammed together in the back seat I'd thought it just possible it'd slipped out then and sent him an email late that evening asking if he could look for it in the back seat. Sure enough, it was there.

So, it's safely back home again where it belongs, in my pocket. And just in case anyone is interested, I'll try to post a scan of what it looks like. I didn't know much about it when I first got it; I now know it's about a hundred and fifty years old (from the 1870s) and Japanese, from some islands (not the main four). It's bronze and used to have a lovely dark patina, but in recent years that has worn off from its constantly being carried. Thanks to Janice for help with the scan, and to Vaughn for rescuing it.

--John R.
--back from Kalamazoo, leaving tomorrow on the next trip: two weeks' research among the Tolkien papers at Marquette.
--current reading: Jared Lobdell's essay on Coghill in the collection FORGOTTEN LEAVES: ESSAYS FROM A SMIAL (2015) 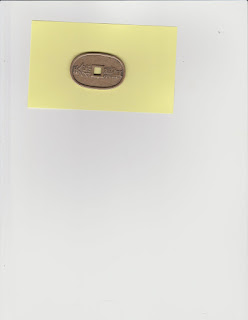 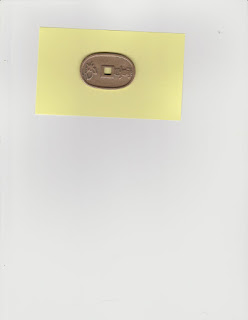 So Precious Prahps we should put it on a chain and wear it rounds our neck preciousssss. I am glad you found it.

That wd be prudent, I admit, but a no-go as a worrystone: it has to be in a pocket.

Reading yr comment I have to admit I was reminded of the scene in The Beatles' HELP where everyone is looking for the missing Ring and one lone voice can be heard asking 'Has anyone looked on the wash-basin?', or words to that effect. Good, sensible advice -- but if it'd proved that easy, we wdn't have a story.