the Day After Thanksgiving cat report 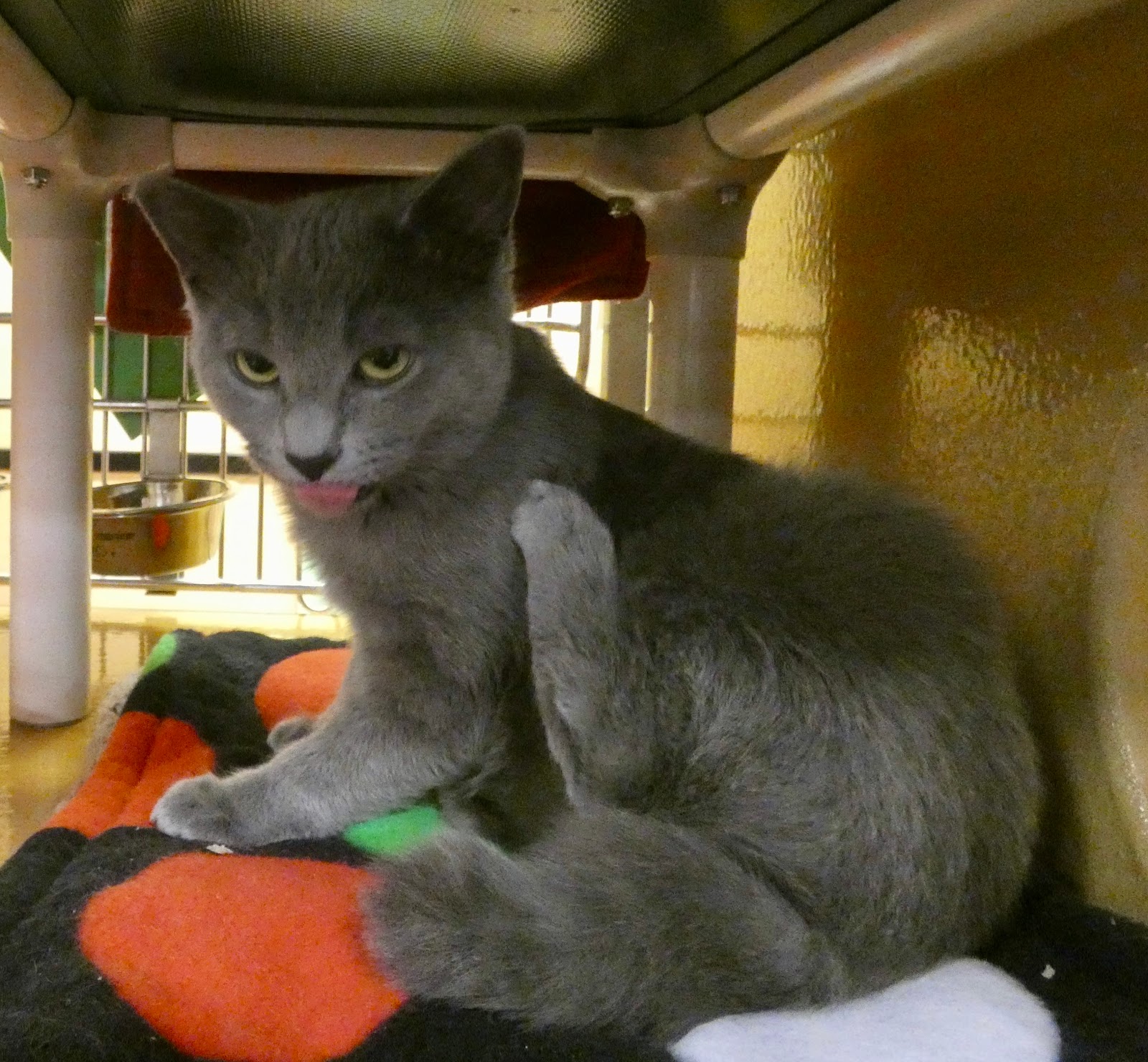 It was a very busy day within the store, with a fair number of customers (and dogs) that increased throughout the shift. I’m glad to report that our cats who encountered dogs when out walking went on alert but held their ground. We even had one dog make a stress-mess  on the floor outside the cat room, much to the cats’ incredulity.
We currently have eight cats, in four bonded pairs, mostly black:
BINGO & BONGO
ELANOR & IRWIN
SEVERUS & ONYX
BLOSSOM & BUTTERCUP
Of these BONGO had the first walk. Last week he didn’t go far, doing the step-step-plop, step-step-plop, and so forth. This week he went all over the store, walking up to everyone and rubbing against their legs, wanting attention.
By contrast, BINGO refused to leave the room, much preferring the cat-cave. I meant to go back at the end of shift and give her another try but ran out of time, so it’s be great if someone cd give her some extra attention.
ELANOR and IRWIN outdid themselves in being goodwill ambassadors, venturing all over the store, walking up to people and asking to be petted. Be warned that Irwin is showing great interest in doors, particularly the store’s front door to outside. Clearly he remembers doors from his earlier days as something you walk up to, sit down, and wait for a human to open. As for toys, I think the laser pointer was their favorite. It was a hoot watching them slipsliding around in pursuit.
As for the four kittens (SEVERUS & ONYX, BLOSSOM & BUTTERCUP), we didn’t have any walks here but the gray and black pair had a grand time chasing each other and sampling all sorts of toys (she finds a toy and he claims it). As someone observed, they don’t mind being picked up but don’t like being held. It was hard getting the Onyx/Severus pair to come out, and when they did they at once began exploring and looking for interesting hiding places.
That’s about it, but I have to add how glad I was to see the people who work at PetSmart being so attentive of our cats. At one point when Bongo was walking away from the checkout line where he’d been laying on the charm, I heard the person at the register explaining to the customer in line about bonded pairs. It’s nice to know they’re rooting for the cats too.
Happy Thanksgiving, all.
—John R.
Posted by John D. Rateliff at 5:50 PM